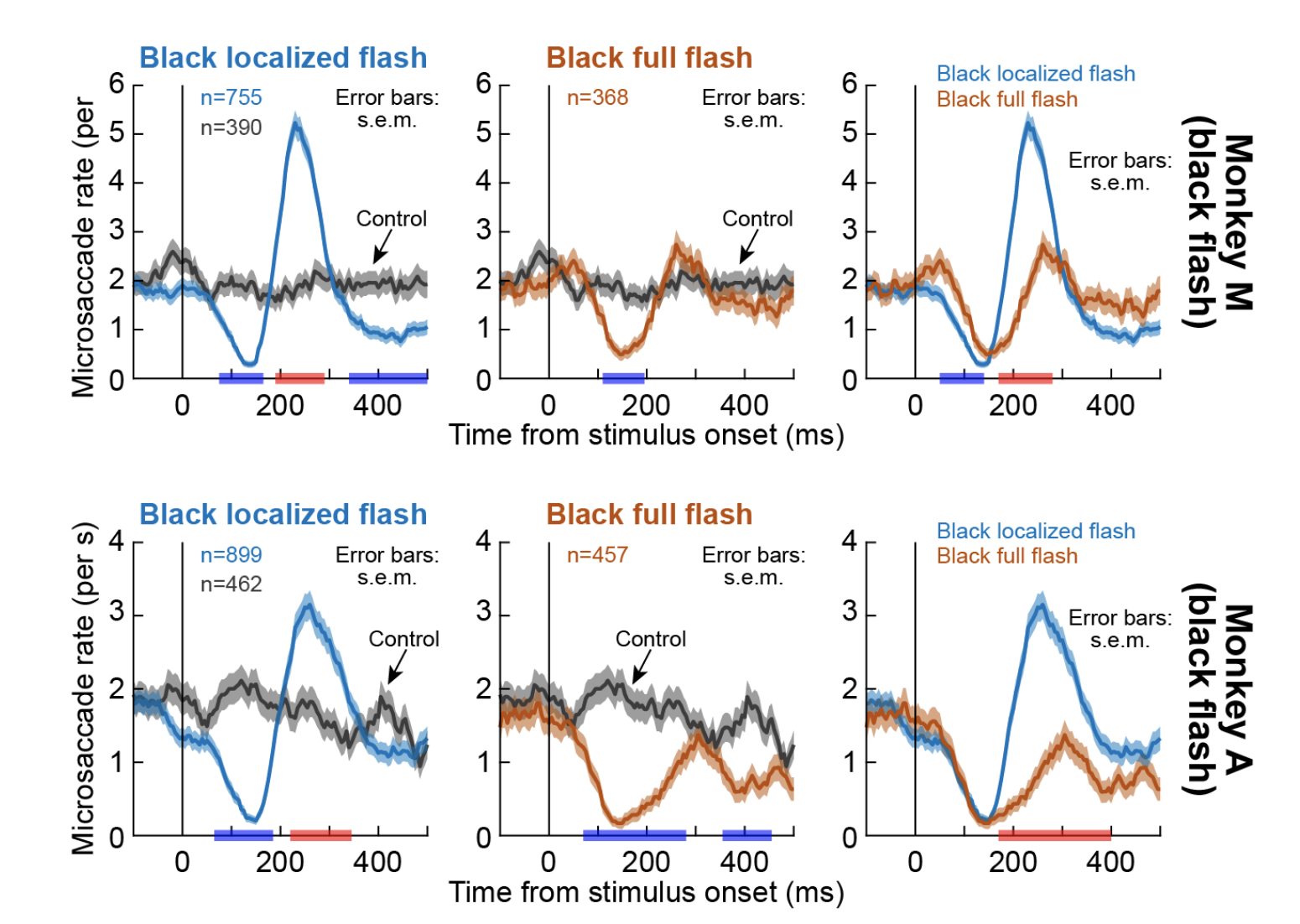 We have a new preprint on bioRxiv about modulations of microsaccade rate by stimulus polarity and size.